Young America is the Bernie America (And So is Europe)

By Mina BourquinMarch 3, 2020 No Comments 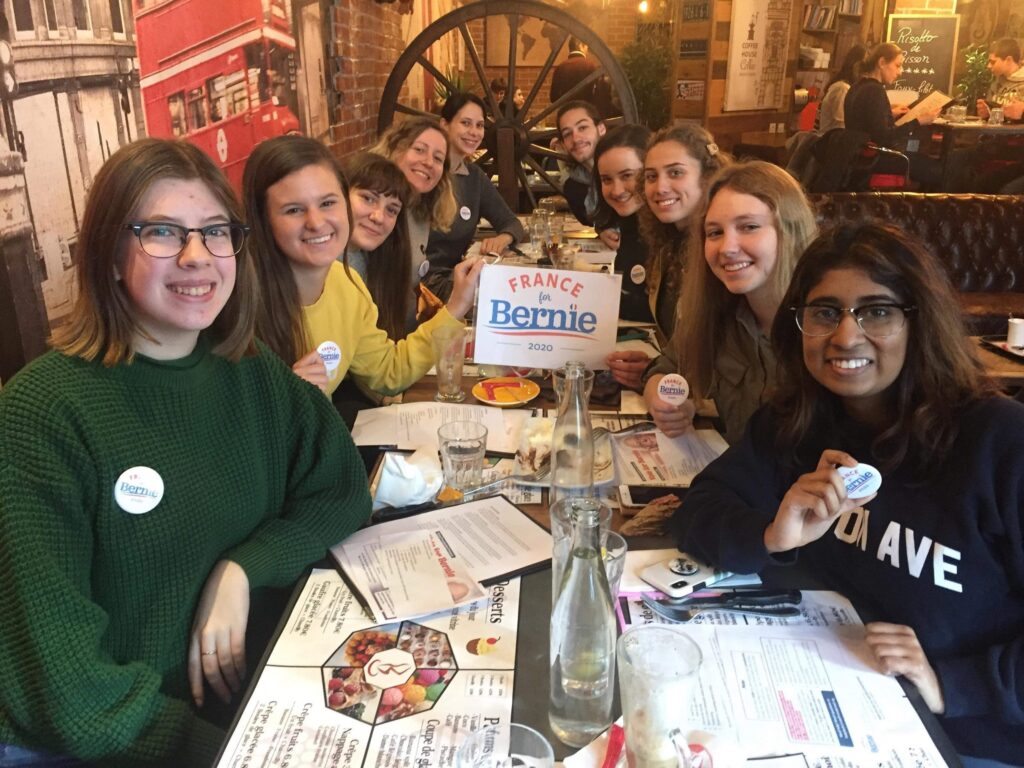 I joined France for Bernie in January after Krisi Koleva, a current first year student at Sciences Po, texted me and a few of our close friends about the work that her sister, Nancy Koleva, was doing in Paris with the group. The main attraction for me was getting more involved in American politics from abroad, especially for a candidate like Bernie who I’ve always admired for his authenticity and dedication. Living abroad can present a lot of challenges to being politically active when you’re so far from home, but as I’ve learned, it doesn’t have to!

I came into this process unsure about how to even vote abroad, and now, just a month later, as a group we’ve helped more Americans like me participate in the presidential cycle. We have organized meetings and recruited more volunteers. We have helped people sign up to vote in the Global Presidential Primary and hosted text banking events. Some of us even had the chance to meet Larry Sanders, Green Party politician and Bernie’s older brother. 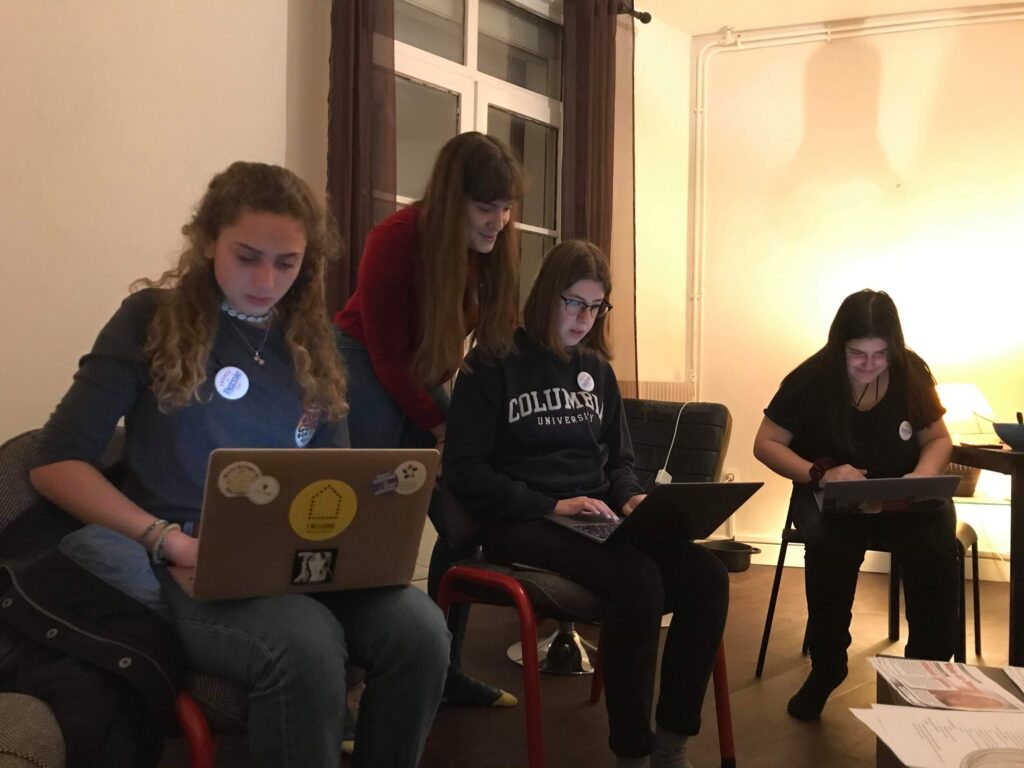 While I’ve been discussing Americans a lot, it is crucial to recognize that this isn’t an opportunity just for us! Working with a global campaign group and, more specifically, with people who are not American on such an important political process brings a greater scope to the issues that we’re grappling with in America. The decisions that get made in this election will have global consequences whether we account for them or not, and through this campaign I have felt more connected to those perspectives than ever before.

I asked Krisi to explain for herself why she thinks that France for Bernie is so important, and she expands on this crucial point: “I’m not even American, but I think Bernie’s values and vision go beyond the US and plus, we all know that whatever the US does is anything but insignificant on a global scale. That’s why I’m super motivated to help out with whatever I can for the France for Bernie campaign. I think there’s so much potential in Reims because the city is full of Americans that probably don’t know about the Global Presidential Primary – Sciences Po Dual BA kids, other exchanges in Reims that we’re going to reach out to, and even American teachers in Reims.”

The motivation that Krisi embodies inspires me to keep working everyday because she’s right. Not only does the state of American politics impact me as an American student, but it impacts me as someone living in Europe, and it impacts you too. Whether you’re a student at Sciences Po or not, we’re all global citizens, and we should all care what happens this election cycle. 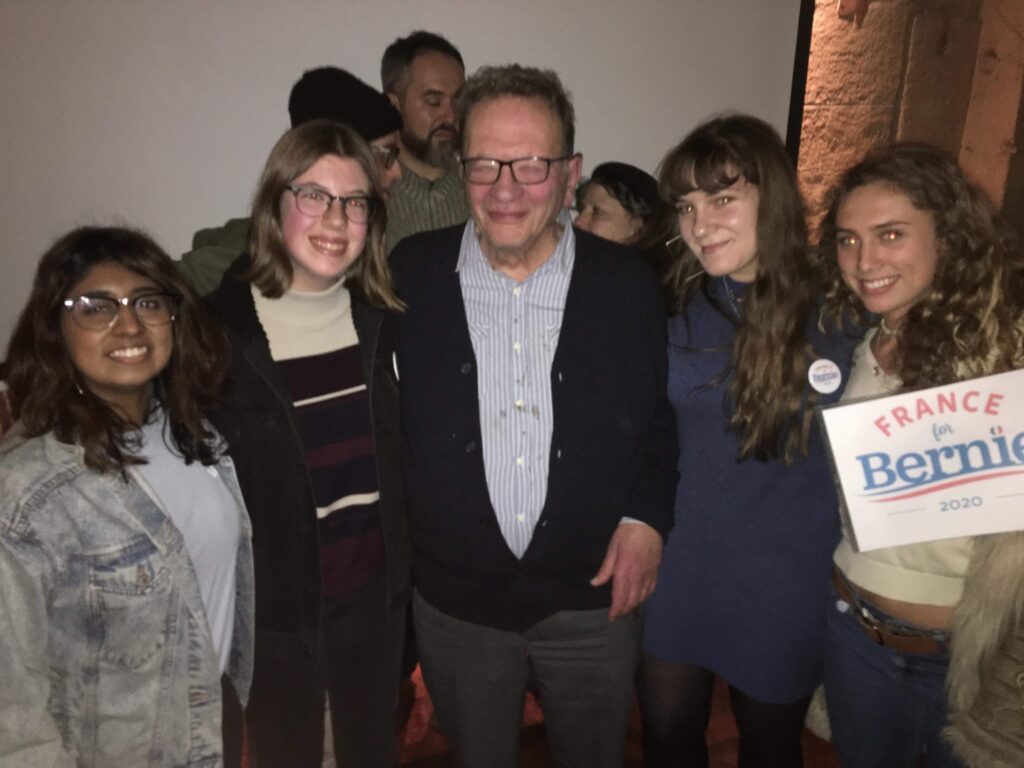 At a recent France for Bernie event in Paris, with more than 150 people crowded into the back of a bar, Larry Sanders commented on the importance of youth engagement in politics, whether in support of Bernie or otherwise. He summed it up almost perfectly: “We have two Americas, in many ways. You can slice it many ways, but young America is the Bernie America. All of America is not, necessarily, the Bernie America. I suggest the way in which young people deal with, well, either the victory of Bernard or the defeat is going to determine the history of America.”

Now, I did say almost perfectly because what he didn’t mention is that young Europe is “the Bernie America” too. Just because Europe is Europe, this does not mean that youth are any less invested in this election and in this candidate. This campaign has shown that Bernie Sanders can not only unite America, but the rest of the world, too, and France is just the start.

So, whether you’re American or not, get involved. There are so many opportunities to spread awareness for your candidate, whether you attend an event, host your own, or even text bank from the comfort of your home. Of course, if you can vote, make sure you know how to by following the guide at the end of this article. If you can’t, help others who can. Join France for Bernie by emailing franceforbernie2020@gmail.com or kristen.koleva@sciencespo.fr and be on the winning side today!

Your Quick Guide to the Global Presidential Primary

From March 3rd to March 10th, the Democrats Abroad Global Presidential Primary (GPP) for the United States election will be held. This primary is a way for American citizens who are at least 18 by the time of the November elections to vote in the Democratic National Primary in order to decide the Democratic Presidential Candidate for 2020.

The GPP functions similarly to a state’s primary, with every voter living abroad counting toward their own global “state” with 13 delegates. The process makes voting abroad more simple than absentee ballots, as you just have to join Democrats Abroad. You can either vote remotely, where you’ll receive a ballot in your inbox once you sign up with Democrats Abroad, or in-person.

If you decide to vote in the GPP in person, the closest location where you could do that would probably be Paris. You can go and vote there on one of the following two dates and in one of these two voting centers:

It is important to note that you can only vote in a presidential primary once. If you want to vote in the GPP as well as voting in your home state for the down-ballot primary races (e.g. voting for a congressperson), you can. Just leave the presidential candidate on your state ballot blank. If you aren’t registered to vote or haven’t requested an absentee ballot for all other 2020 races, you can find out how at VoteFromAbroad. 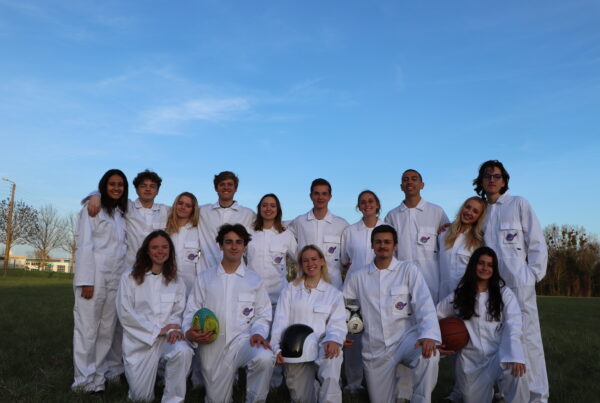