Betty Catroux: the Muse Behind the New Exhibition at the Yves Saint Laurent Museum

Yves Saint Laurent’s muse, Betty Catroux, is the centre of attention at the Yves Saint Laurent Museum’s latest exhibition which opened March 3rd. Of course, the unprecedented conditions due to COVID-19 have made it impossible to visit at the moment—even more of a reason to write about this unique exposition. 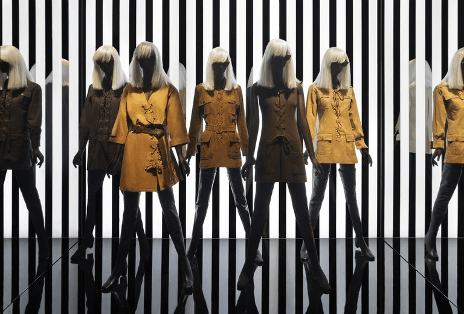 The collection presented at Avenue Marceau is the largest the Foundation has ever put on display as well as its first collaboration with the YSL brand. The exhibit was developed under the leadership of Anthony Vaccarello, the artistic director of the Yves Saint Laurent.

Over 300 pieces of clothing for 50 outfits are temporarily on display in Paris as a tribute to the heritage of the 1960s. Heritage is certainly a befitting description of the collection, as all the creations relate to the period wherein Yves Saint Laurent, inspired by Catroux, designed what would later become his trademarks: jumpsuits, trench-coats and the smoking, elegantly adapted to women in the late Sixties.

The ideal representation of the ‘masculin/féminin’ style

Recognized as a French institution of public utility, the museum is not only known for its reconstitution of Saint Laurent’s office, but also for its temporary exhibitions, paying homage to fashion of the mid-twentieth century, as is done here with Catroux. The major difference with this brand-new exposition being that, as stated on the museum’s website, the collection of pieces was made thanks to Betty Catroux herself, who donated over 180 tailored haute couture designs to the Pierre Bergé-Yves Saint Laurent Foundation. Thanks to this contribution, the tribute exhibition entitled “Féminin Singulier,” will be taking place until October 11th 2020, celebrating this icon of the sixties, and with it, the androgyne figure she embodied.

If Betty Catroux is known to be a close friend of Yves Saint Laurent, she is first and foremost his muse and the ideal representation of what the iconic designer coined as the “masculin/féminin” style. However, looking back at photos of Catroux taken during the 60s, her style hardly comes across as genderfluid: platinum blonde long hair, miniskirts flaunting her long legs, and feminine accessories. Nonetheless, wearing tuxedos as she did was in fact a pretty bold move and is the reason why she remains famous today. Undoubtedly, her slender figure has much to do with her success, enabling her–and later Saint Laurent–to dress herself easily with masculine outfits devoid of feminine curves. 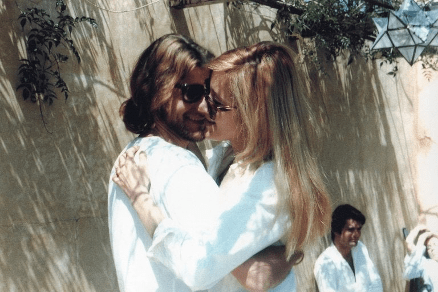 As Yves Saint Laurent said it himself in 1968 to the Women’s Wear Daily, “she fits perfectly in my designs. Just how I like it. Long, long, long.” Needless to say then, the fashion icon was praised more for her thinness, than for her appropriation of the masculine vestiaire. Regardless, the “masculin/féminin” is still acknowledged as being Yves Saint Laurent’s most important contribution to fashion, and as being directly infused by his relationship with the blond model.

“Betty Catroux: ‘I feel much more empowered dressed as a man’ ”

No doubt, Betty Catroux had, according to Saint Laurent’s biographer, Laurence Benaïm, “a special place” in his heart. However, even though she has almost always been an integral part of his work and life, she is not Saint Laurent’s only muse. Loulou de la Falaise, for instance, also emphasized the construction of the androgyne YSL style in the 1960’s–proof of it are the iconic pictures of Betty, Loulou and Yves Saint Laurent together. Thus, the exhibition on Catroux leaves plenty of room to imagine various other muses dear to Yves Saint Laurent, most notably Loulou, affirms Natasha Fraser- Cavassoni, who wrote her biography. 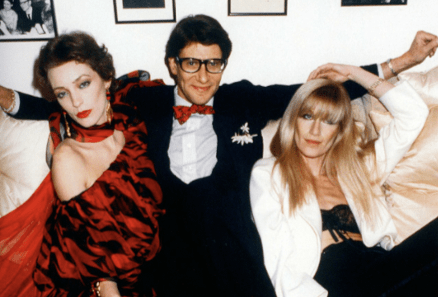 Although not as subversive nowadays, the collection is nevertheless a way for younger generations to realize how unusual this style was considered at the time, and how it triggered a mutation in the female closet. Women in 2020 are wearing blazers, straight pants and jeans for any and all occasions—even at their own weddings, as the magazine Marie Claire suggested in 2019. Clearly, this is a sign that Betty Catroux and Yves Saint Laurent conceptualized a sense of fashion that remains deeply rooted in our way of dressing today. Maybe even more importantly, they together have influenced gender studies, shaping a new way of apprehending the notion of being a man or a woman in the 21st century.

“I feel neither girl, neither boy, but I must say, as a woman, I feel much more empowered dressed as a man”[1] was affirming Catroux to the French magazine Antidote in 2014. This statement has permeated French society and more broadly, has influenced how people define themselves, as many people identify as non-bindary. If some still have trouble today accepting this less normative way of considering one’s femininity or masculinity, no doubt one of the first philosophers to theorize femininity as a construct, Simone de Beauvoir, would be proud. 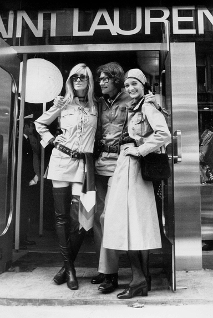 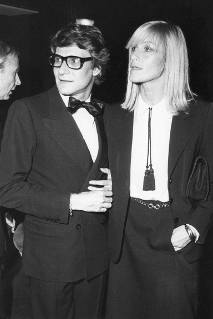