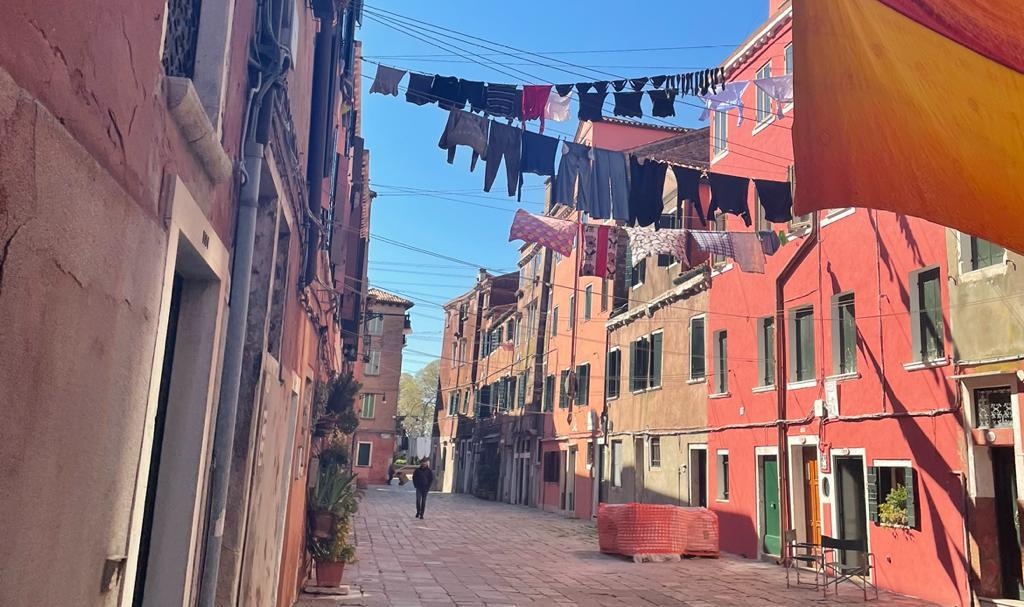 Experiences in Venice for Under 10 Euros

Home » Experiences in Venice for Under 10 Euros

By Lilly Andrews and Kathy Hamilton

Many travelers claim that Venice is either overrated, too touristy, or too expensive, but we would like to completely disagree. The city of canals is known for its maze of narrow streets and romantic bridges, undoubtedly making a visit to such a unique city well worth your time.  Often a victim of its own beauty and fascinating history, Venice is often overcrowded with tourists – however, we found that before the peak season in the summer, the crowds are far less suffocating. Another dilemma which will likely arise concerning a visit to Venice is the issue of high prices. In order to make a visit to this touristic city more budget-friendly, we have gathered a list of five experiences in Venice for under 10 euros.

1. Have brunch at Serra dei Giardini and walk through Viale Giuseppe Garibaldi and Giardini Pubblici. 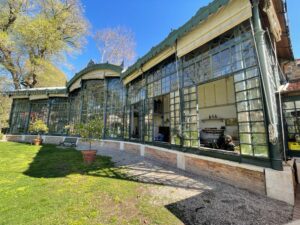 If you wish to eat at a memorable café without breaking the bank, brunch at Serra dei Giardini and a walk through one of Venice’s parks is the best choice. Serra dei Giardini is found in an old greenhouse at the Viale Giuseppe Garibaldi park. Everything at Serra dei Giardini is surprisingly inexpensive considering the picturesque location, with simple yet tasty quiches, sandwiches, muffins, and desserts. Their vegetarian toast with aubergine is especially recommended and comes served with a complementary dipping sauce. The café also has plenty of coffee options and would be a calm spot to have an Aperol Spritz in the afternoon.

2. Have your favorite flavor of gelato.

All of Italy is known as the homeland of gelato, and on a sunny day in Venice it’s a relief from the heat to have a few scoops of your favorite flavor as you explore the narrow alleys and streets. The gelaterias are nearly as common as the canals themselves, but Ci Gusta Gelato was particularly refreshing and serves gelato with a bubble waffle as a cone. Most gelato places will sell one or two scoops in a cup or a cone for about 3€. Ci Gusta’s bubble waffle gelato comes with multiple toppings and is 6€. Overall, any gelato from the shops of Venice cannot be a bad investment. 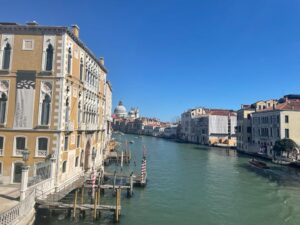 The attraction of the Ponte dell’Accademia is the wonderful view of the Doge’s Palace and the Canale di San Marco. The Ponte dell’Accademia is one of four bridges spanning Venice’s Grand Canal, but might have the best view of all. From this bridge you can also see the massive Santa Maria della Salute, a large swath of the city, and the vast open sea. This is an exquisite opportunity to take fantastic photos of the view, yourself, or your friends; this view is iconically Venetian. 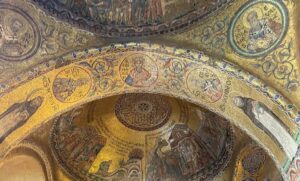 Located in the famous St. Mark’s Square, St. Mark’s Basilica dates back to the 11th century. It was created to house the remains of Saint Mark, and today it is one of the main draws of Venice for many tourists. General admission costs 3€, though in order to see the Pala d’Oro, which contains the remains of Saint Mark, it costs an additional 5€. There is also a museum located at the Basilica which has an admission price of 7€. No matter which combination of admissions you choose, St. Mark’s Basilica is well worth a visit.

Get lost in the streets of Venice! This beautiful city contains countless backstreets and local gems waiting to be discovered. Wandering is free, and especially in the San Polo and San Marco neighborhoods, some of the most fun experiences can be had this way. Whether it be a hidden park, an old church, or a family restaurant, the offerings of Venice are boundless. The tiny alleyways and narrow streets mean that very little can actually be seen from a distance, so wandering through Venice is necessary in order to get a true sense of the city.